Funerals are the for the living

It's been quite awhile since I've written anything on my blog. But seeing as how today marks the first day of a five-day weekend (Fall Break) and I have something I want to say, now is as good of time as any to get back to it.

My mom is dying.

Only, in this case, it really does happen to be true. No Google search will tell me what my mother's doctors haven't already.

A lot of cancer.

But I'm the only daughter going through it.

Part of my mother's funeral includes readings from the old and new testaments as well as one psalm and one gospel. And my mother wants me to choose them.

As I'm reading through all of them, trying to find the perfect one, it suddenly dawns on me that funerals aren't for the dead.

They are for the living.

As a believer, I believe my mother will be healed and she will no longer be in any kind of pain once she dies. I do believe in a Heaven and if what people tell me is true, I believe she will be there.

But one place I do not believe she will be is at her funeral.

But, that said, it's nice that God is giving her time to plan for her funeral. This saves loved ones the agonizing experience of choosing things when they are clouded by their grief and really don't know what the loved would have liked or wanted.

So, I'm reading through these verses and I feel like I'm just going through the motions. My mother is a new believer and unless she's studied the books of Isiah, Lamentations, Job, Psalms, 1 Corinthians, 2 Corinthians, Romans or Revelation in detail, I don't think she's going to be familiar with many of them. I think the people in the congregation may have studied from these books, and as such, will be familiar with and comforted by them.

I have contemplated if I wanted to speak at my mother's funeral or not. I wasn't sure what I would say. What I could say. Or what I wanted to say. (Maybe some things are better left unsaid.)

But then I had a revelation of sorts. I do believe in divine intervention and I do not believe in luck or coincidence.

I will speak at my mother's service.

But I will not read a verse from the Bible. I will let the minister do that.

Instead, I will read something that will mean the most to mom. The one constant that has kept her grounded, even if only by a thread at times.

Footprints in the Sand

One night I dreamed a dream.
As I was walking along the beach with my Lord.
Across the dark sky flashed scenes from my life.
For each scene, I noticed two sets of footprints in the sand,
One belonging to me and one to my Lord.
After the last scene of my life flashed before me,
I looked back at the footprints in the sand.
I noticed that at many times along the path of my life,
especially at the very lowest and saddest times,
there was only one set of footprints.
This really troubled me, so I asked the Lord about it.
"Lord, you said once I decided to follow you,
You'd walk with me all the way.
But I noticed that during the saddest and most troublesome times of my life,
there was only one set of footprints.
I don't understand why, when I needed You the most, You would leave me."
He whispered, "My precious child, I love you and will never leave you
Never, ever, during your trials and testings.
When you saw only one set of footprints,
It was then that I carried you."
- by Mary Stevenson 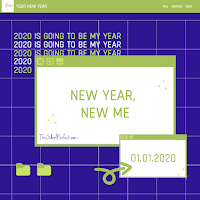